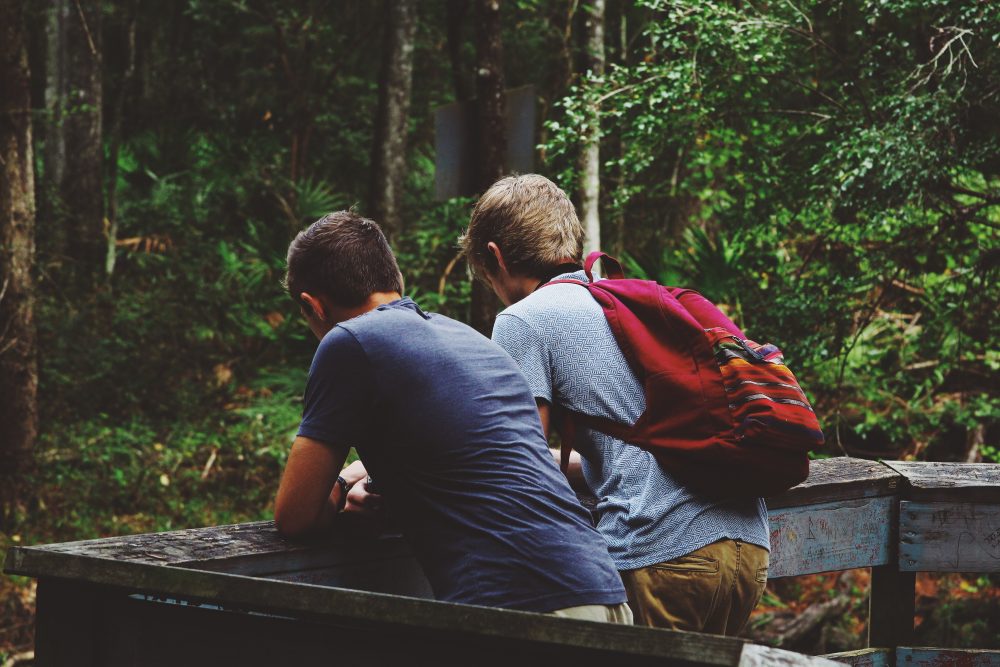 Self-harm is not just an issue for girls. Boys harm too.

While the majority of recorded incidents of self-harm are by females (26% in those aged 16-14), 10% of boys in the same age group will self-harm too.

For our Self-harm Awareness Day 2017 Campaign we carried out research, along with YoungMinds and The Mix, and found that 24% of boys age 16 - 24 in the UK self-harm.

Sadly, the culture of men not showing emotions or talking through their emotional concerns clearly has a direct link to the suicide rate in older men. We need to help young men talk about their feelings and emotions before they become older men who haven’t learnt how to, and therefore feel they have no way of coping but to take their own lives.

Self–harm in young men and teenage boys may exhibit differently to females. In females the highest recorded form of self-harm is cutting; in males it is self-poisoning (source: NHS digital June 2016).

What does this tell us?

For males, self-harm is an inner, hidden harm. Girls may cut on their torso and upper arms to relieve emotional distress; boys use an even more hidden coping strategy, in a form that only their bodies will ever know. Taking paracetamol or ibuprofen nightly in order to sleep is a form of self-harm seen in boys admitted to hospital; they are often admitted through accidental overdosing rather than a clear suicide attempt. In 2016, 2,246 teenage boys were admitted to hospital having used this as a way of coping with their daily anxieties and fears; the next highest forms of self-harm in young men were cutting and hanging.

Punching walls or regularly getting into fights are also forms of self-harm that are missed in schools, because the behaviour is seen as aggressive rather than emotional. Perhaps punching a wall until skin or even knuckles are broken is a way of releasing anger at self, others or feelings of failure. Regularly getting into fights shows signs of self-destructive behaviour. A young male might well know he will be hurt but will enter into an altercation recognising it will relieve the emotions he is feeling.

Over-exercising, combined with under-eating, is a form of self-harm that can be overlooked in boys and praised by a society that sees an athletic and driven sports person. This kind of behaviour needs to be monitored and watched carefully over time to ensure that a boy’s emotions are as strong as his physique.

From a young age we need to encourage young men to laugh, cry, shout and develop language and communication that allows them to show their emotions in positive ways, as well as teach them positive coping strategies.

More research can be found here: