The below article was written by Jo Fitzsimmons, a member of the SelfharmUK Team.

At some point in our life we have all struggled to understand something: whether that’s algebra, a friend’s response to a situation or a decision made by others.

What if most things were a struggle?

Learning disabilities can make many situations a struggle. ‘learning disabilities’ can cover a huge range of struggles; dyspraxia, dyslexia, autism, adhd, down syndrome…..Whatever the struggle, behind it is a real person with humour, a smile, good days and sad days, perhaps though, the struggles are harder than many of us face.

Statistically those young people with additional needs will have higher rates of self-harming behaviour than those without any additional needs. This is due to a number of factors:

Communication difficulties. Finding the right words to express feelings, having confidence to ask for help, having limited verbal communication to speak are all huge obstacles for someone with an additional need to overcome. Having feelings trapped inside and feeling prisoner to them, can cause self-harming behavior.

Physical needs. The feeling of frustration at being unable to physically manage what others can; the fear of having people stare at us or treat us differently because our physical needs are different; the impact of living day to day with a routine focused on managing basics needs – all these will impact the mental health and wellbeing of a person with additional needs.

Sensory needs. Have you ever found noise too much? Hated someone hugging you? Wanted to hide in the dark to get away from people, sounds, smells? If so, you may be able to understand the impact our senses have on us feeling overwhelmed. Sensory disorders are far more common that we think and they can affect us by making us anxious of crowds, fear noises and hate strong smells. People who struggle with these areas find ways to soothe themselves, sometimes through harming behaviours.

How can we support those with additional needs?

Put simply: go out of your way to be a friend to someone with additional needs.

You will find more information about SEN and self-harm here. 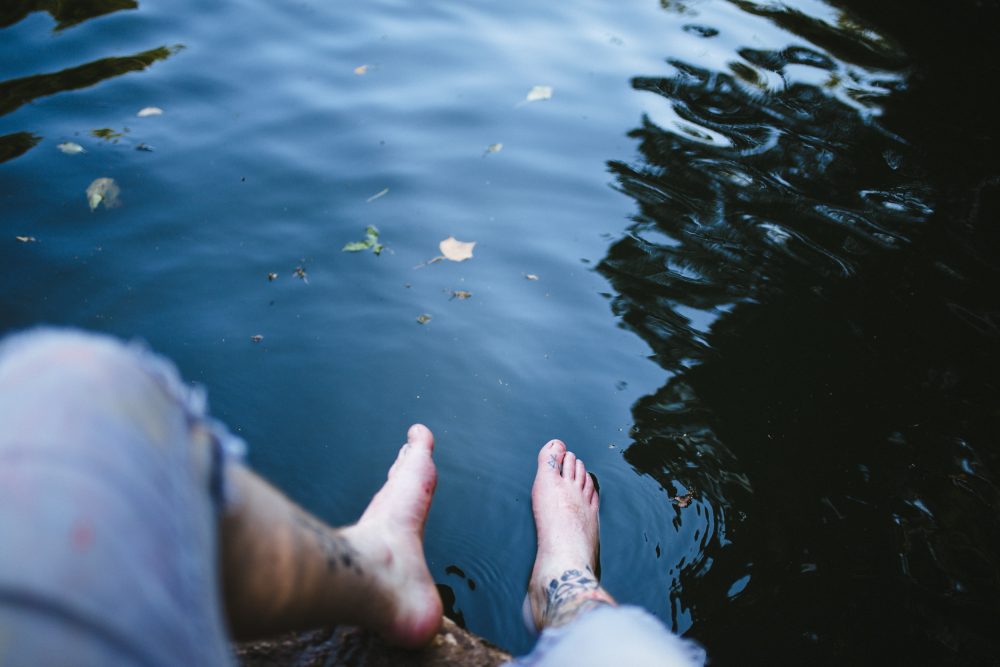 The blog post below was written by Ben, a trainee Youth Worker currenlty living in Oundle. Ben reflects on his life so far, the choices he made and how those choices brought him to where he is now.

When I started school, I was just an ordinary young teen who blended into the background and wasn’t even noticed. As I started to grow up, around the age of 13-14, difficulties began to show in my attitude in the classroom. I was starting to show tendencies of an angry, disruptive and argumentative young person. This started to show more during my move into year 10. During that summer I made loads of severe mistakes and managed to get myself into trouble with the police. It wasn’t long after that, when I began to act horribly towards my parents and other people around me. This led through to my massive downfall at school where I had my first suspension for fighting. This had a huge ripple effect on me and my family, as the repercussions from my actions where massive. Towards the end of my time in year 10 it was clear that I had just given up and I couldn’t care what I did and what happened to me. Throughout this time there were moments when I was ready to give up on everything as I didn’t feel or believe I was worth the hassle.

Going into my final year of school I was at my worst, I began to lash out at everyone who even looked at me, and would say and do some horrid things to the teachers around me, including those who were working hard to help me. Midway through year 11 I got into a significant amount of trouble with the police for a fight that I was involved in, this was the breaking point, I had to shape up, or leave home. I narrowly avoided being permanently expelled from school. This lead to me failing my GSCE’s.

I began to go to church pretty much straight after school was finished through a friend who had supported me through my time at school. In my friends’ mind, he felt as if church was the best thing for me, knowing the people who were there and what the church did for him. It was at that church I met several people who were willing to help and support me with my different problems. Ultimately I was very lucky to have met the main youth worker of the church who was willing to give up his time to sit and listen to how I felt for once and was able to relate to me as well as leading me onto a path of respect and change. He even helped to get the relationship between my parents and I stable. I was still not very nice to any of the people who were helping me, but they never gave up on me and made sure I felt listened to and valued!

Within the space of 6 months to a year, I managed to make a full transformation in my life, thanks to the amazing people who gave up and made the time for me. I was finally diagnosed with ADHD, ADD and anger management and received the support I needed. It wasn’t all easy, and I still struggled, as I do now as a 20-year-old man, but I now have the control and help I need to keep myself grounded. As years, have gone on many things have changed and I am now studying at Cambridge University, training as a youth worker, despite being told that I would never amount to anything. My passion is now working with those who are going through what I did.

I just want to say, don’t let what what’s happened in your life define you, don’t let your past mistakes stop you, and don’t let people tell you you can’t make it. You can change your life. You have the power in you to be the best you can, so know that support is there and people understand. This is your life, you can all succeed. 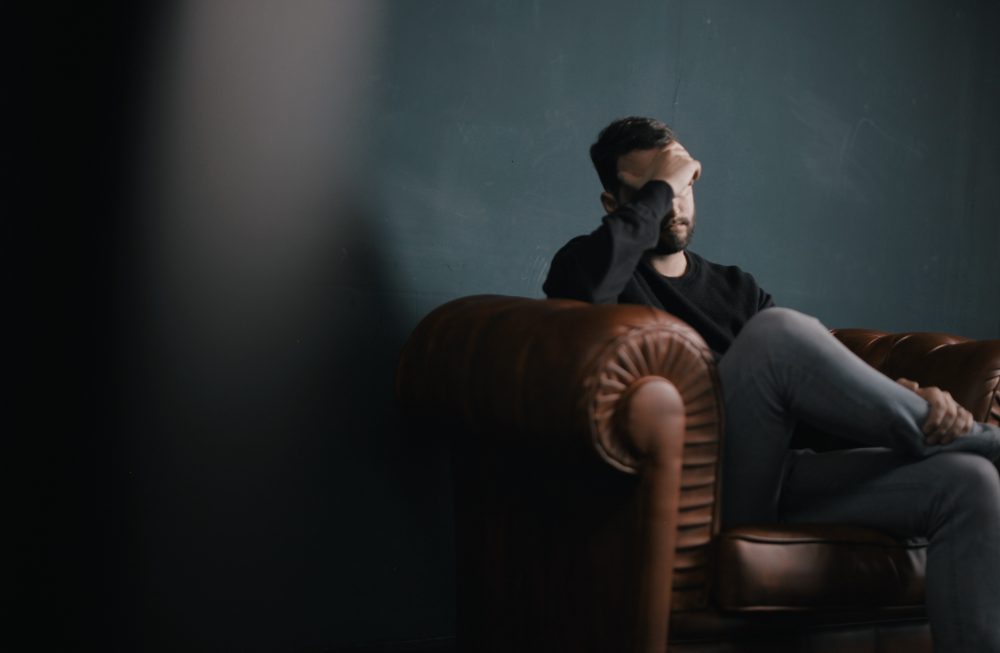 Frustration can be, well, frustrating in itself.

The smallest things can make us frustrated - I get easily frustrated when I’m trying to untangle my headphones or if my phone isn’t working properly! Frustration can come from the bigger things too, such as not getting the exam grades or job you want.

How do we manage these frustrations life throws at us? We can either:

Sometimes there will be frustrating situations that we can’t change, and learning to let go of this frustration can be quite difficult. At the end of last year, we had to move house. Moving out of a house I’d lived in for the past 13 years, to a new house which was about an hour’s drive away, away from my hometown, friends, and half of my family, was really frustrating. It was something I couldn’t change, but had to accept – easier said than done – but possible. Telling myself that everything would be okay and that something great could come from the move really helped me accept it and let go of some of that frustration.

Sometimes there will be situations we can change, and sometimes we can use our frustration for good. I came across this quote:

‘Frustration, although quite painful at times, is a very positive and essential part of success.’ – Bo Bennett

Frustration can spur us on to greater things. Frustration can make us more determined to succeed – the frustration of not doing as well on an exam as we’d hoped, can give us the determination to work harder and achieve the grades we want. We have the choice of whether or not we decide to use the frustration for good and make a change.

I find that not only does music, taking deep breaths or having a cry help relieve frustration, but also telling myself certain things. Putting your frustration into perspective can make such a difference to how you feel. For example, if I get frustrated by how tangled my headphones are, I can remind myself that on the scale of things, this really isn’t a big deal. I just need to slow down and be patient. This can really lessen how frustrated I’m feeling and in some cases, almost make me laugh at how I’ve let something so small annoy me so much!

Recently I’ve discovered a really great way of minimizing the time I give to thinking about the bigger frustrations in life - focusing on what I’m thankful for. Starting to remind myself of all the things I’m thankful for doesn’t leave as much room to be frustrated by the other things!

Remind yourself that you can make a change.

Life is what we make of it – we can’t fully control what happens in our life, but we can choose how we react to it.